Unsympathetic treatment is also given to all politicians in the novels. Jenkins believes them to be shams, whose motivation is never the public interest but their own ambition.

It is never suggested that anyone who takes up a political cause is doing so in an honest response to a given historical situation. Rather the opposite: Jenkins implies that all political enthusiasm is misplaced and the best material for ironic comedy. He makes good use of left-wing attitudes in this respect and at one point satirizes a politician answering a question with marvellous accuracy. Jenkins says at one point that none of his true friends had any urge to put the world right, and it could be that Jenkins dislikes political chatter because it distracts from the real business of life, which is finding out who has just been divorced or bedded and by whom.

After the war, the touch is less sure, and he substitutes adequate reporting of divergent attitudes by the vague, half-cooked ideas of the cold war as seen by thriller writers. In fact, the postwar novels introduce a great many characters and situations which the romance, as such, was never intended to cope with: the internationalization of life, the Americanization of life, the by-passing of the old elite by the new one created by the media, and instant cultural events. 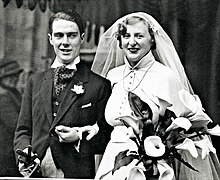 Coping with this, Jenkins has no time or will to deal adequately with postwar Britain. The three wartime novels are, in many respects, the most original of the sequence. By making clear to the reader that he was a hopeless soldier, Jenkins removes the need for heroics and instead gives an often hilarious account of an armchair warrior among other armchair warriors.

In Volume 7 The Valley of Bones the fun, ironic but never patronizing, is at the expense of a bank official who dreamed of being a great military man and failed. Jenkins gets posted back to London as liaison officer to Europeans-in-exile, and the humour in this novel The Military Philosophers is almost that of the comedy of manners. This volume ends with a big set-piece, the victory thanksgiving in St.

Should the sequence have ended there, and are the three postwar novels a mistake and a falling-off? The answer, in my opinion, is Yes. There is a coarsening and obviousness in the writing as well as a congestion of detail. After all, it was the period of the four-letter word and public revelation of facts that had until then been hidden, either through fear or modesty.

How could a style that depended on the sly wink and the satirical periphrasis for some of its effects suddenly come to terms with the new brutality? The answer is that it did not, for it could not.

There is much that is silly, even childish, in the last two volumes as the urbane Metropolitan tradition breaks down. So much of the material is half-digested and undistanced.

How seriously does Jenkins take the magic, the quotes from hermetic writers, and the inept dabblings in magical power-seeking? Just what effect is he striving for in his account of cultural junketings in Venice? In these last two novels, the illusion of a cosy inner group controlling affairs is finally dissipated.

People are no longer playing the same social games. When Jenkins, with old-fashioned courtesy, offers a bottle of wine to the hippies who have camped on his land, he is rebuffed.

A Portrait of the Artist as a Droll Slacker

What happens when the barbarians arrive and refuse to be seduced by social graces? Nothing at all, if Jenkins is to be believed. The Music of Time is shot through with unconscious paradoxes and ironies. It is ironical that in a sequence with such a sure and powerful design, there are many selections where the invention falters and the narrator cannot create incident or detail to make his insights into the inexplicable changes and coincidences that govern human life both significant and concrete.

It is also a paradox that Jenkins should spend a great deal of time developing the careers of certain characters such as Sir Magnus Donners and Lewis Moreland, the composer, and yet give them less fictional life than characters who appear briefly and in minor parts. It is ironic that Jenkins, who is in all things the literary gentleman, should be so unsympathetic to other writers. With the exception of Trapnel who is unreal , all writers have an element of the humbug: they quarrel like schoolgirls, they affect intellectual passions, but, like politicians, they only want to satisfy small ends.

This, of course, adequately reflects the English distrust of writers the profession of letters is not admired in England and of cleverness and ideas in general; and it is an attitude that Jenkins shares. It is paradoxical, too, that despite the great length of the novel sequence the reader is left with the impression of something small, rather delicate, a string of vignettes or miniatures, rather than a solid structure.

This smallness, culminating in the refusal to end the sequence with a flourish, without valedictory passages, without giving the reader that sense of moral or spiritual growth he might have expected, finally suggests that the comparison should not be with Proust at all but with someone working on a much smaller scale; Noel Coward, whose theatrical historical pageant Cavalcade offered its audiences much the same pleasures as The Music of Time.

The suggestion is not hostile Coward was a great craftsman and entertainer but is meant to pin down the essential quality of the sequence and to explain its hold over its devotees.

‘The Process of Living’

View cart Subscribe Login. How to Give Why Give? How to Give Store. III The narrator is only rarely self-conscious about his aims. She places his work in social and intellectual perspective, and briskly lays bare a life rich with friendship and incident. Powell was born in London in His father served in the military and the family moved often.

His mother, who had an interest in the occult, was a defeated and recessive figure. Powell was an only child. Powell pushed himself in the other direction, toward watchfulness, dryness, a coolness of temperament. He attended Eton and Balliol College, Oxford. At Oxford he found, he felt, the family he previously lacked. Powell was strikingly handsome. When young, he resembled David Bowie by way of Alistair Cooke.

Spurling tracks his adventurous romances, including the fact that, while at Oxford, he lost his virginity in Paris to a hooker named Lulu. He worked in publishing for several years, found a bohemian milieu in London, and in married Violet Pakenham, a famous and vivacious beauty and the daughter of a belted earl.

Her own work seems ripe for re-investigation. A multi-part novel that spans British life from the s to the s is necessarily shadowed by World War II. One of its most somber moments comes at the close of the ninth volume, with Jenkins given a place at the Thanksgiving Service for Victory at St.

As always, he is participating, but also standing to one side and observing. O Lord our God arise Scatter his enemies, And make them fall. Confound their politics, Frustrate their knavish tricks, On thee our homes we fix; God save us all. Yet there will always be a need for the work done by men of imagination, as well. By Kevin McMahon.